Planning India Tour ? Click Here
Jaipur
Monuments in Jaipur are epitome of the city's glorious past. Get detailed information on all the major forts and monuments in Jaipur.
Jaipur » Jaipur Monuments 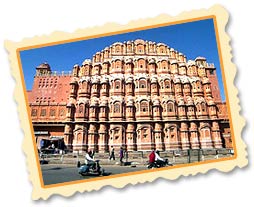 Jaipur, also known as 'Pink City', is the capital of Rajasthan. It was founded by Maharaja Jai Singh II in 1727 AD. Jaipur is famous for its rich cultural heritage and has today become the most popular tourist destination in India. Here, one gets to see the architectural marvel of ancient forts and monuments that stand tall even to this day. The city has acquired the name, Pink City, because of the extensive use of pink color on the walls during the visit of Prince Wales. Jaipur today attracts a huge number of tourists from all over the world.

The city is garlanded by the presence of number of beautiful monuments that echo the splendid history of the city. Magnificent monuments such as Jaigarh Fort, Amer Fort, City Palace, Nahargarh Fort, Gaitore, Hawa Mahal, Jantar Mantar, Jal Mahal, Rambagh Palace and Statue Circle etc. are spectacular sights which attract hordes of tourists every year. Nahargarh Fort, Jaigarh Fort and Amer Fort are the three of the oldest forts that provide great visual treat to the visitors. Gaitore is a shrine dedicated to the Maharajas of Jaipur and is known for its exquisite carvings. Situated in the heart of Jaipur is the City Palace. The Statue Circle is a tribute to the founder of Pink city, Maharaja Jai Singh II. With so much heritage on display in the form of monuments, it is no surprise then that tourists coming to this city always feel the urge to come back.

Amber Fort
The Amer Fort is situated in Amer, which is 11 kilometers from Jaipur. Amer, originally, was the capital of the state before Jaipur. It is an old fort, built in 1592 by Raja Man Singh. This fort is also very popularly known as the Amer Palace. The Amer Fort was built in red sandstone and marble and the Maotha Lake adds a certain charm to the entire Fort. 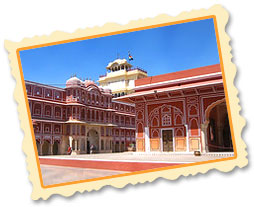 Located in the heart of the Pink City Jaipur, the City Palace was where the Maharaja reigned from. This palace also includes the famous ‘Chandra Mahal' and ‘Mubarak Mahal', and other buildings which form a part of the palace complex.

Gaitore
Gaitore, one of the most prominent tourist attractions in Jaipur, is a royal cremation ground for the Kachhwaha Rajput kings and the members of the royal family. The word ‘Gaitore' is believed to be a mispronounced form of the Hindi phrase, 'Gaye ka Thor' which means ‘resting place of the departed souls'.

Hawa Mahal
The renowned ‘Palace Of The Winds', or Hawa Mahal, is one of the prominent tourist attractions in Jaipur city. Located in the heart of Jaipur, this beautiful five-storey palace was constructed in 1799 by Maharaja Sawai Pratap Singh who belonged to Kachhwaha Rajput dynasty.

Jaigarh Fort
The Jaigarh Fort is a majestic stronghold built by Sawan Jai Singh II. This almost-intact fort is surrounded by huge battlements and is connected to the Amer Fort (also called ‘Amber' Fort), with subterranean passages. Originally built to protect the Amer Fort and the palace within the complex,

Nahargarh Fort
The Indian state of Rajasthan is famous for its royal heritage. Formed by the union of many princely states ruled mainly by Rajputs, Rajasthan has many forts and palaces. Some of these palaces and forts are associated with important historical events as well.

Statue Circle
Jaipur city offers a number of interesting tourist spots and one among them is the famous Statue Circle. Located at a busy traffic junction, the Statue Circle in Jaipur city has been a central place through which almost half of the city's population passes while navigating through this Pink City.